Script Executor for SQL Server, DB2 and MySql
Build script packages, run them interactively or deploy them in executable packages
Free for personal use

Order Download
Build script execution packages, with constrains and conditional branching.
Run them interactively, via the command line or deploy them as executable packages.
from
$249 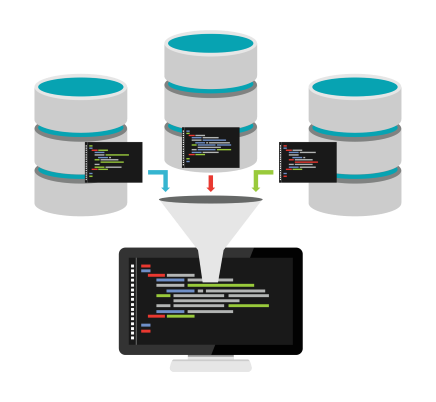 What is Script Executor?

Script Executor is a tool that allows you to build execution diagram containing SQL scripts. You can run them interactively in the UI, via the command line in batch files or generate executable package and send them to your users.
‍
While simple enough to create packages with a few script in a matter of minutes, you build also complex execution logic containing hundreds or even thousands of scripts. You can place script files in containers, based on their characteristics, organize target databases in groups, and then map containers to these groups. Script executor supports also constrains, which, based on the result of an execution step, branch the execution flow as needed.

Simple and yet flexible, the execution diagrams are at the core of the Script Executor design:

There are plenty of options to accommodate any scenario you might have: